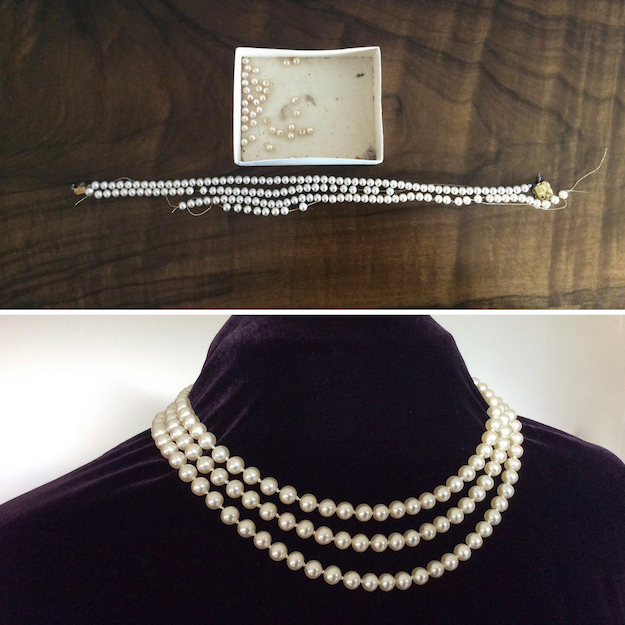 There is something special about family heirlooms that has nothing to do with monetary value. Somehow in knowing that one of your forbearers wore and valued an item of jewellery it gives you a connection to the past that is quite special. Jewellery is an especially personal item and pearls have been a valued commodity in fashion for many decades. My family were not wealthy and so Great Grandma’s pearls are quality faux pearls not real. Despite their faux status they are actually quite lovely as each pearl has an irregularity to its shape rather than being perfectly round. The pearls also have a creamy lustre with some depth not like modern fake pearls. They may be glass as they are quite heavy and tinkle loudly when dropped into a ceramic bowl.

When they were passed on to me by mother they were as she received them, broken, tied up in knots and fairly soiled. It’s hard to imagine how they came to be in this state. I know that she will have received them when her father died many, many years after the premature death of her mother. I can only imagine that he saw no value in them and they were in the back of a drawer or cupboard for many years since my Great Grandmothers death or at least Nanna’s death. I spent some time gently unraveling the strings before taking this first photo. You can see that the clasp and French wire are corroded and strings broken.

After counting and measuring I gave the pearls a gentle bath and the improvement in their lustre was quite heartening! Then began the restringing. 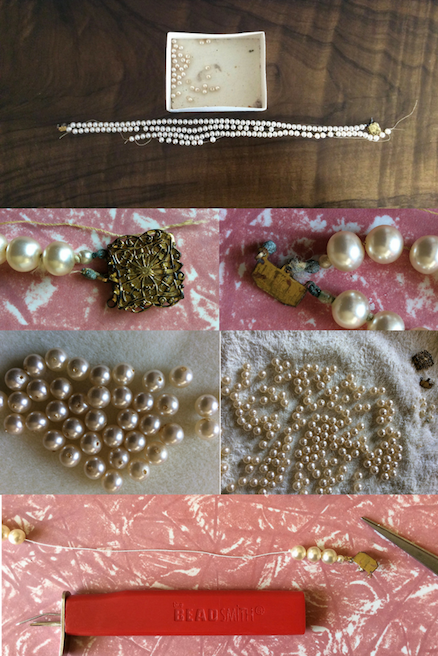 I had to work out the balance of the pearl numbers on each string to achieve the correct design and then restring with silk thread and French wire. Whilst these pearls were not originally individually knotted, as they are quite lovely and to improve their aesthetic I have chosen to restring them in the traditional manner with individual knots between each pearl. 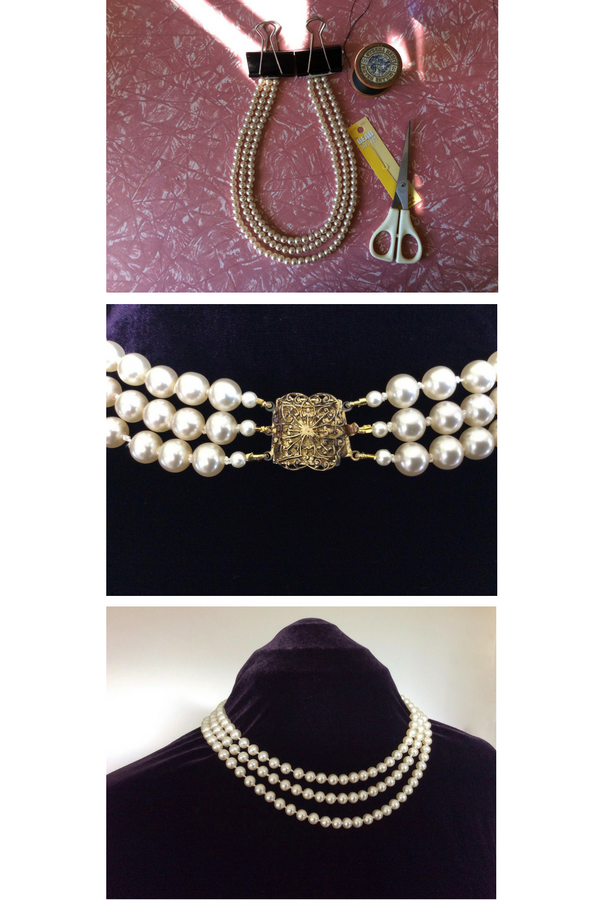 Now I just have to have a think about how to rock three string pearls without actually looking like a Nanna!

I was really hoping my Aunt who is the keeper of old photographs in our family might be able to find a photo of Great Grandma in her pearls to accompany this post. Alas, none is to be found. Perhaps I should add a photo of one of my daughters wearing them in time. That would be fitting.