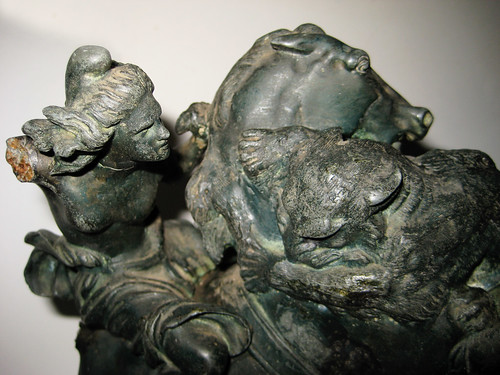 Amazon Woman on Horse Back During Tiger Attack Statue by Auguste Karl Edouard Kiss later translated into a much larger statute for the Altes Museum in Berlin. Image source: https://www.flickr.com/photos/93779577@N00/4791045273/

Amazon adj. attached to the names of certain items of women’s fashionable apparel as a descriptor.

The Amazons were a legendary (potentially mythical) race of warlike women from the time and region of the ancient Greeks.  Scholars have many theories as to whom these people may have truly been and if the associated legends have any merit. Emotive laden myths abound, in particular their supposed custom of routinely amputating a breast in order to improve their control with a bow and arrow.

Wonder woman, an Amazonian cartoon super hero of the 1940’s, was created by psychologist and comic book writer William Moulton Marston . In 1943 he said of his character:

“Wonder Woman is psychological propaganda for the new type of woman who should, I believe, rule the world,”

“Not even girls want to be girls so long as our feminine archetype lacks force, strength and power. Not wanting to be girls, they don’t want to be tender, submissive, peace-loving as good women are.”

From “The Amazon Women, Is there any truth behind the Myth”. The Smithsonian Mag. Find it here. I really enjoyed it, you might also.

What inspiring imagery of powerful, warrior women. And yet…. the clothing items that have  their name attributed to them are far from garments one might expect to see such women sporting.  The use of these terms in the 19th century was part of a tendency of the period to name fashions after historical or legendary figures. Other examples of this include the Wellington, after The Duke of Wellington, defeater of Napoleon in 1815, and the Cromwell shoe in the late 1860’s and then again in 1888 named after Oliver Cromwell, Lord Protector of England from 1653 to 1658. However these examples make much more sense to me than Amazon as these people actually wore shoes that resembled the shoes that acquired their name.

Can you imagine a strong, powerful female warrior wearing…

A standing collar, similar to a chinese collar with a gap in the centre front. Used on women’s blouses in the early 1860’s and worn with a black ribbon necktie. 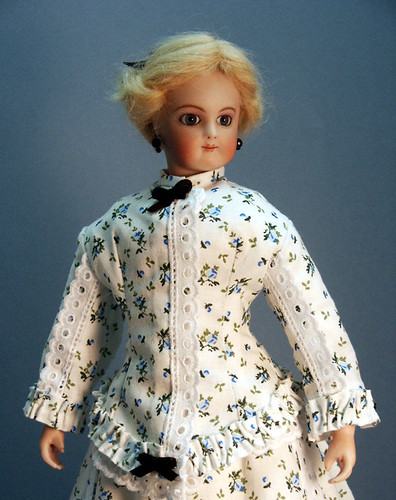 Ridiculously, this was the best image I could find to demonstrate this.  It has the Mandarin style collar and black ribbon combined. All other images I found had one or the other but not both. Perhaps it was not the most popular of looks.

This lady has the black necktie but with a fold down winged collar. 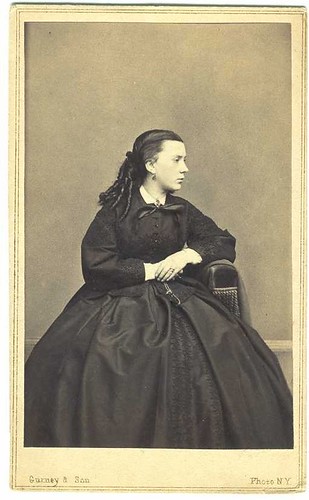 Now when I think corsage, I think flower arrangement for the wrist, chest or waist. Which is correct but clearly there is more.

A plain bodice buttoned up the front to a high neckline and trimmed with small white cambric (a fine white cotton) collar and cuffs. A tailored style for women in 1842.

I love this one. I’m imagining that the photographer was not the most highly skilled around and probably on the cheap side if you look at the rough job of the red tinting and the back drop. But these look like hard working folk and no matter who you were in those days a portrait was highly prized. Priceless! 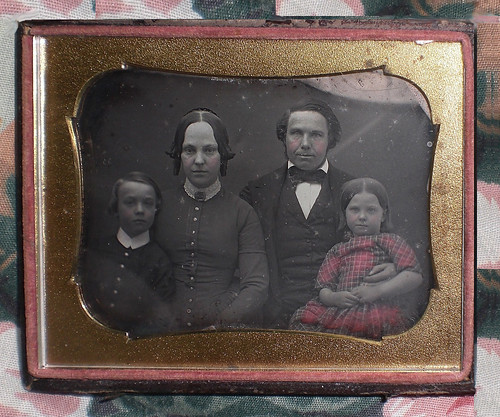 An English corset worn for horse riding in the mid 19th century. Made with elastic lacings that shortened the garment by three inches when a hidden cord was pulled.

When I tried to find an image of this all I got was fetish wear…. so might have to leave it. Shame!

Early synonym for an ostrich feather, generally taken from the wing of the bird with the tips of the barbs curled so the shaft is concealed. 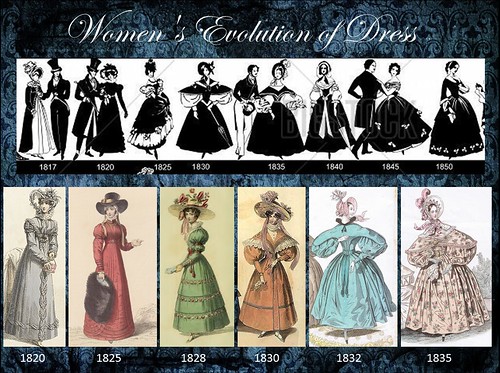 A women’s scarlet riding habit with high waist-line and full-length skirt worn in the early part of the 19th century in U.S. France, and England. Something like this perhaps? 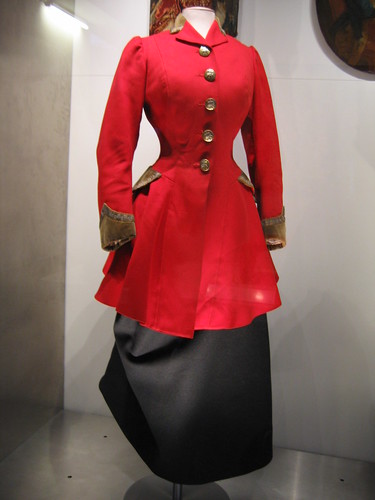 And now for something not quite relevant but wow, how lovely! 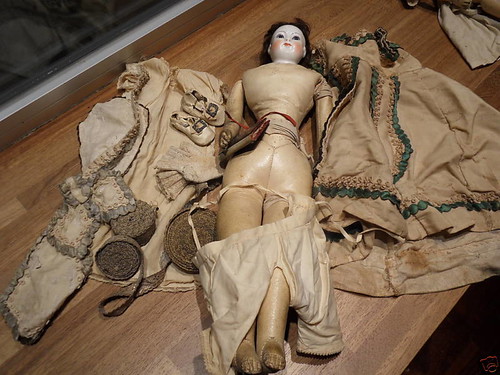 I liked this quote too. Hope it’s authentic.

Did any of that strike you as particularly Amazonian? Nope, me neither. Well perhaps the corset. Real shame I found no image. Anyone?