It’s Terminology Tuesday (well actually it’s Wednesday! sorry.) again and this week in the spotlight is…

Or are they? You know this is what I find so fascinating about concepts of fashion and image. Firstly, in fashion circles each season we see another round of the “new look”. But of course hardly anything is REALLY new but the context in which it is presented might be new. Feet haven’t changed much over the centuries, they are still funny looking, sticky outty bits that hold us up and move us around. Susceptible to damage by their shape and utilitarian nature they need to be protected from their environment. Over time we have come up with some pretty good basic ways of doing that, which still work today.
Secondly concepts of fashion and image are deeply personal and susceptible to interpretation based upon one’s own life experiences. For instance, take these boots and just make the topline a little more rounded and perhaps add pull tabs and the boot is looking more “cowboy”.
Or instead add some buckles and zips and your headed more for “biker”.
Make it shiner, neater, higher and you have a “military” style “riding” boot.
Or keep it low, make it tighter and add elastic gussets at the side and you have a “Chelsea” boot.
But of course the nature of fashion is to try and invent something new and reinterpret the old so there is often such a fine line between looks or in fact it becomes a hybrid of looks.
Now getting back to the name “Buskin”, not a name currently in great circulation. It caught my eye when trolling through my fashion dictionary looking for inspiration for todays post. Here is why…

“shoes with stout leather soles and knee high cloth uppers, or leggings, fastened with lacings, worn in Europe in the late 14th century and again by American colonists in the 17th century. Similar to start ups.

Well, when I read “American colonists” my brain went Laura Ingalls Wilder, you might think of it as “Little House on the Prairie” but I didn’t watch the TV show, I was a bit too young. But I did read the whole series of books, over and over and over again! I loved Laura’s gumption and independence, the honour of Almanzo, had compassion for Mary’s blindness and sweet nature and I loved the strength and merriment of Pa. And so I fell in love with the notion of sharing with you the history of the Buskin. 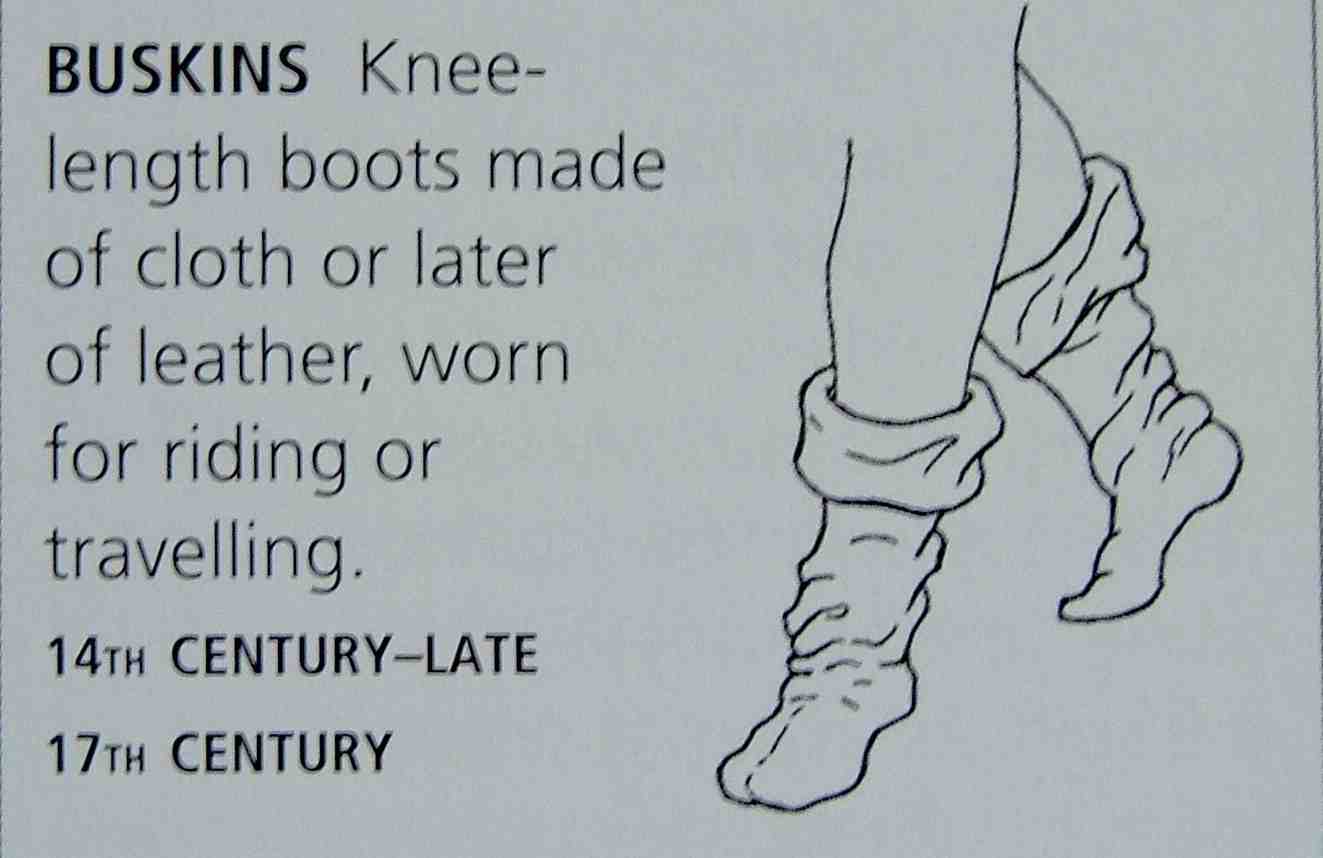 definition from FASHION : The ultimate book of costume and style by Dorling Kindersley

But… of course not it was not simple as that. Whilst I could find lots of images and information of colonial America, everything I found was formal, military or Sunday best. Buskins were working shoes, shoes that would have disintegrated from use and largely not depicted in recordings of the time. However I was determined, and so I’d like to share with you what I found.

I dug out my old treasured books and searched through the pages to find illustrations of buskins. This series of books in an account of Laura’s childhood, growing up in a pioneering family on America’s western frontier. Laura lived from 1867 to 1957. 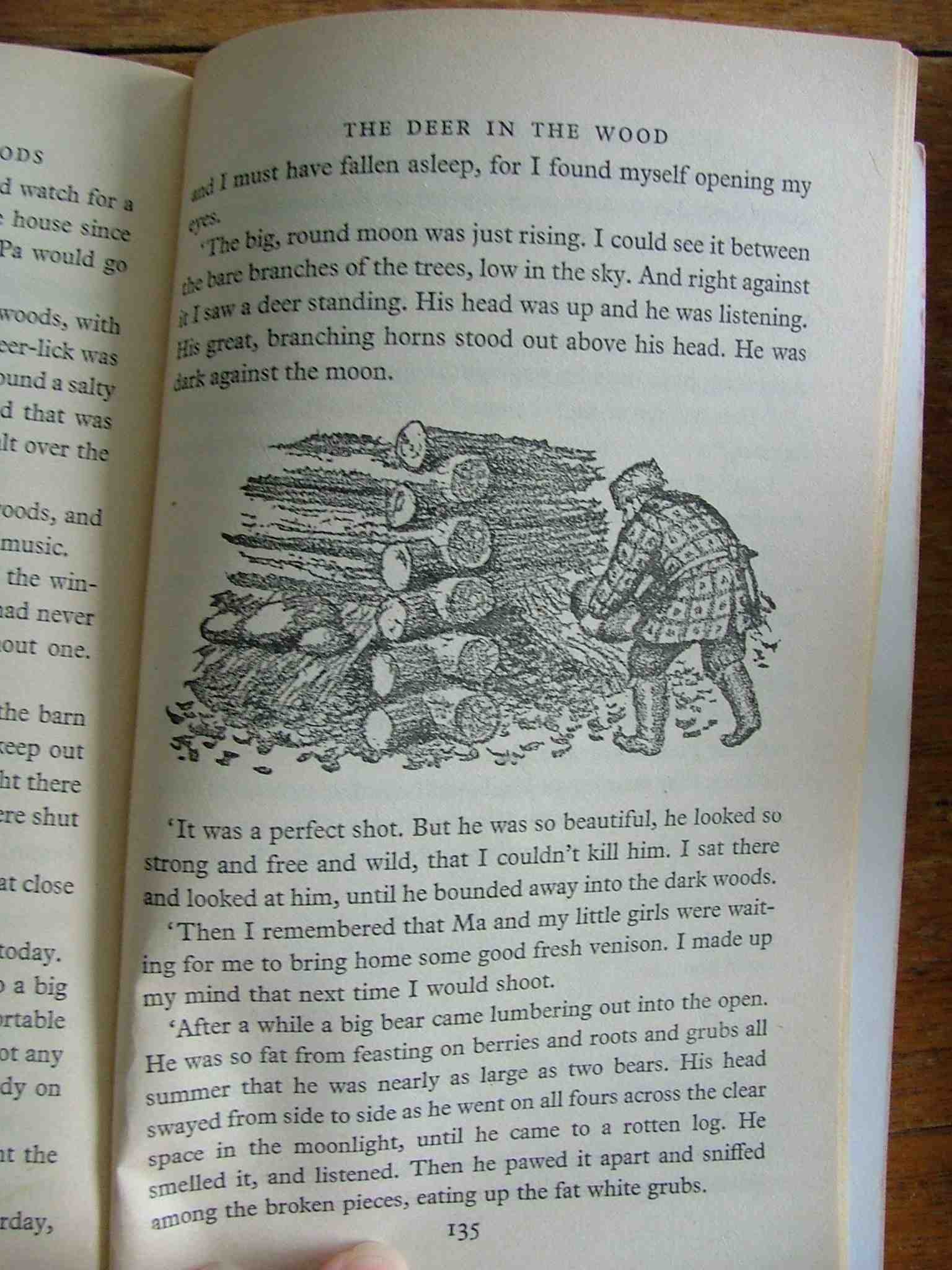 From “Little House In The Big Woods” by Laura Ingalls Wilder. 1932. Illustrated by Garth Williams. 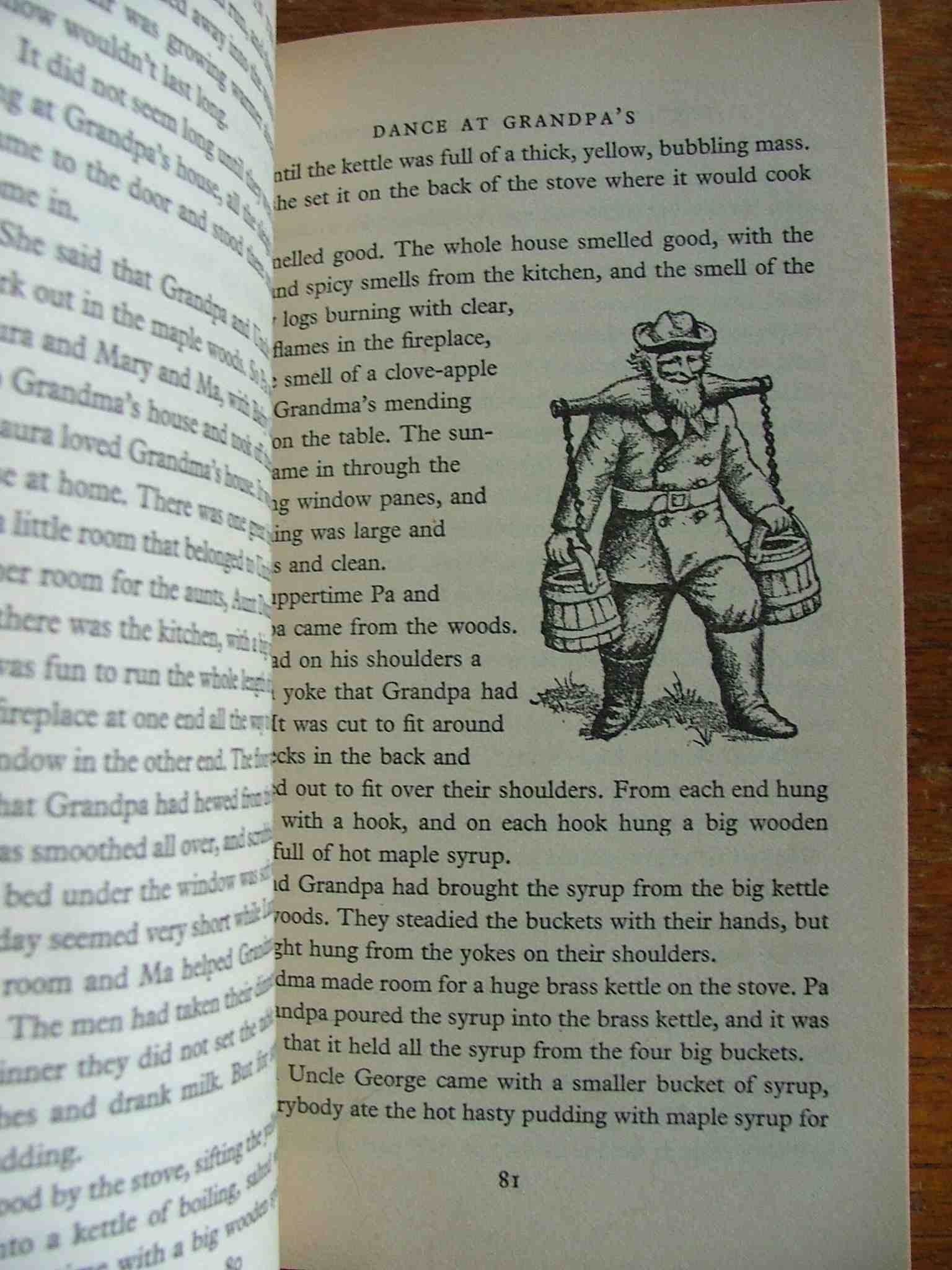 from “Little House In The big Woods” by Laura Ingalls . 1932. Illustrated by Garth Wilder 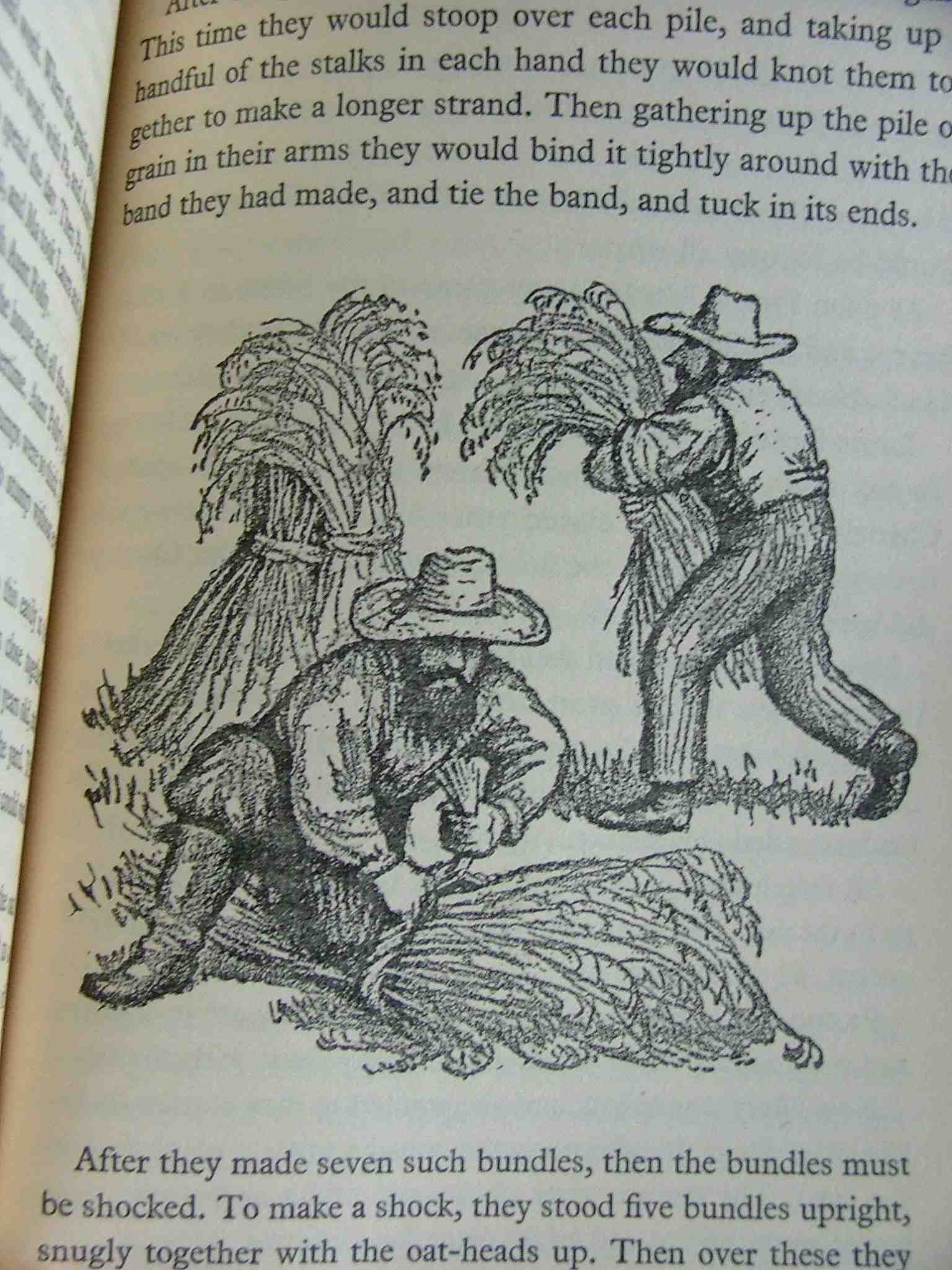 from “Little House In The Big Woods” by Laura Ingalls Wilder. 1932 Illustrated by Garth Williams.

So they look the part these boots, but they don’t have the lacings or fastenings, and they sit straighter on the leg, less baggy, that the dictionary mentions. So I looked up startups…

high shoe reaching above the ankle, worn by country men, american colonists, and sometimes by women in late 16th and early 17th centuries. Frequently laced or buckled on the outside of the leg, made of untanned leather, and worn for sports. Sometimes had velvet or silver trim (really?) for women. When loose fitting, it was called a bagging shoe.

So in fact if they were looser they were a bagging shoe?

Hmm. So far we have mention of the late 14th century, the late 16th century, and the early 17th century and pioneering Americans in the late 19th century.

And then I found these… 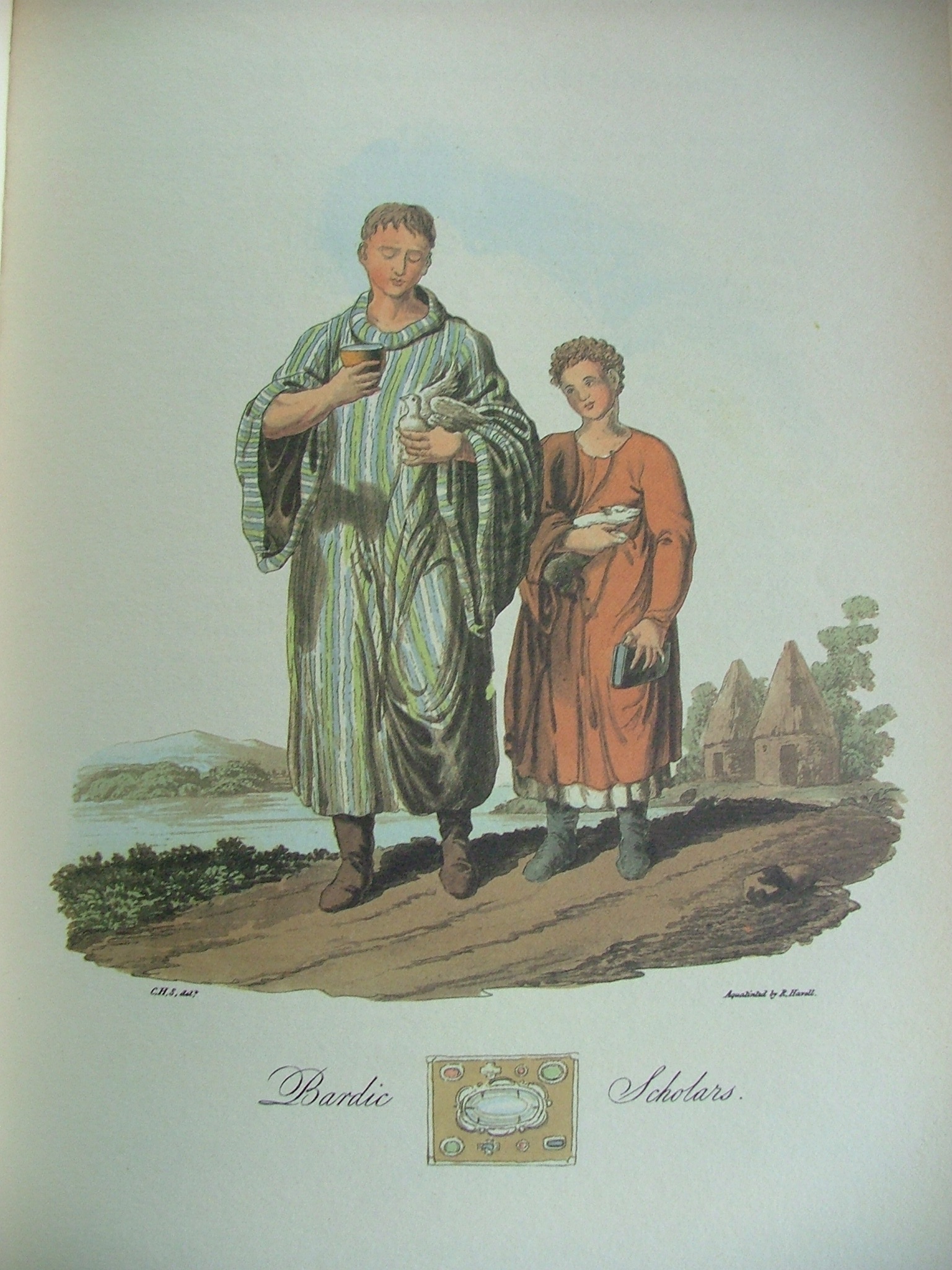 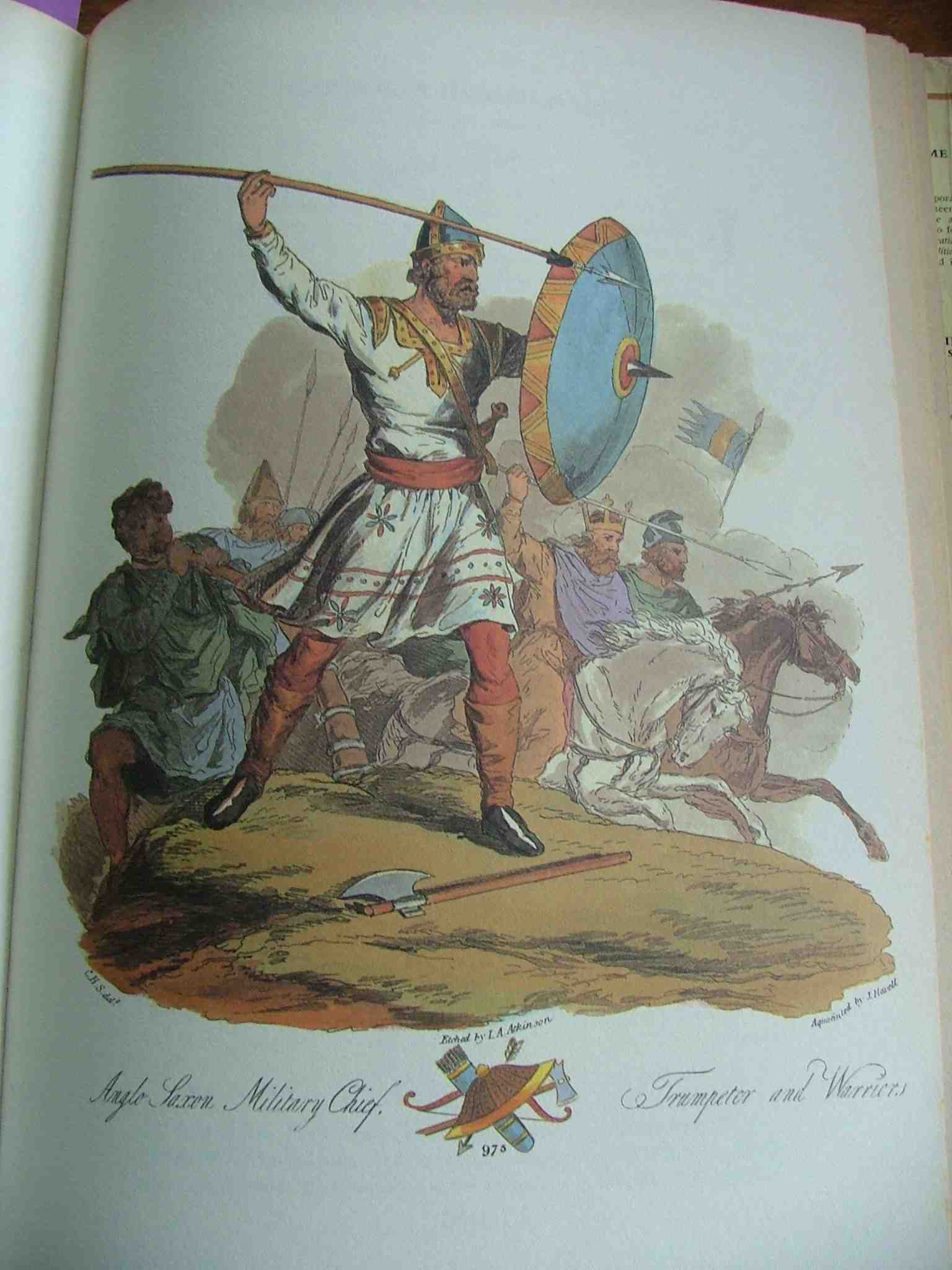 Below note the sentence:

” The Chieftain, whose figure…and buskins or hose over his trousers…” 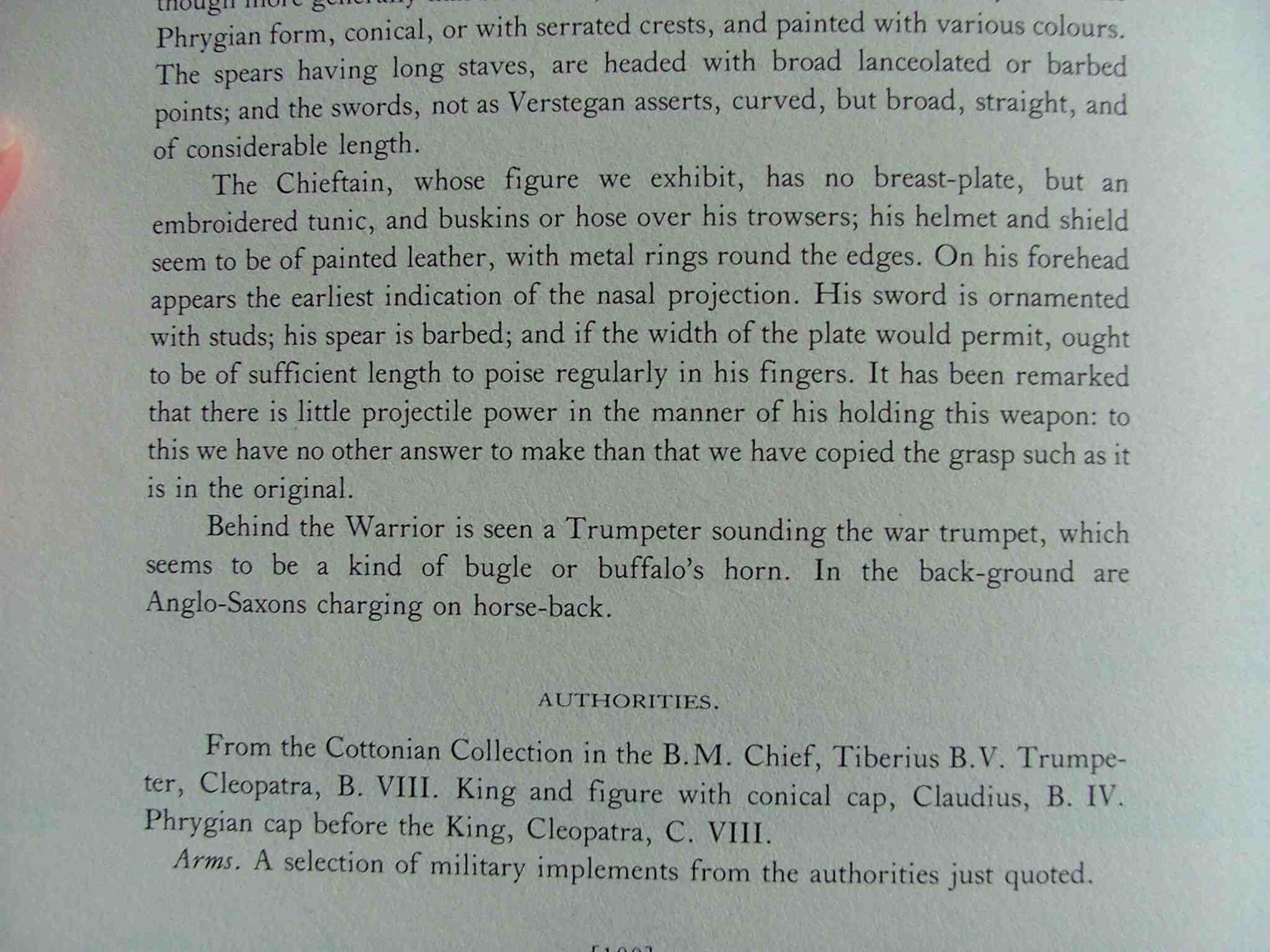 So, are they a boot? Are they a legging, a version of a gaiter?
Does it really matter? Language changes and metamorphoses over time too. Words and definitions get adapted to suit the current need with little care for accuracy. So these very similar looking boots for which I have found references for, from as early as pre Roman times until the late 19th century. (I found lots of other pictures too but I figured enough’s enough!)
So here is my 2014 definition of a Buskin:
“a simple, loose fitting pull on boot, may feature laces or buckles on the outside leg, made of a sturdy construction that impart a feeling of practicality and preparedness to the wearer.”
Back in the 80’s we saw a lot of this sort of thing: 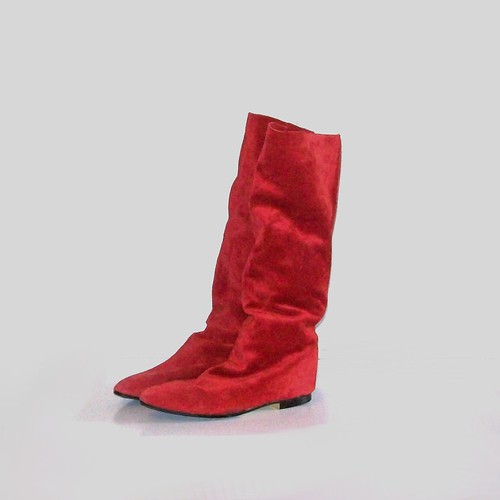 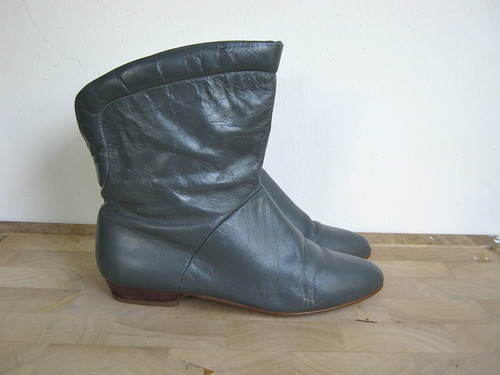 Definitely more slouchy than today but still that basic pull on dressed up utilitarian boot. But hey, Lenny Kravitz sang it back in the 90’s, then Justin Timberlake in the 00’s. “What goes around… comes around”
I loved these in the late 90’s and I still love them now. Buskins or a rose by any other name? 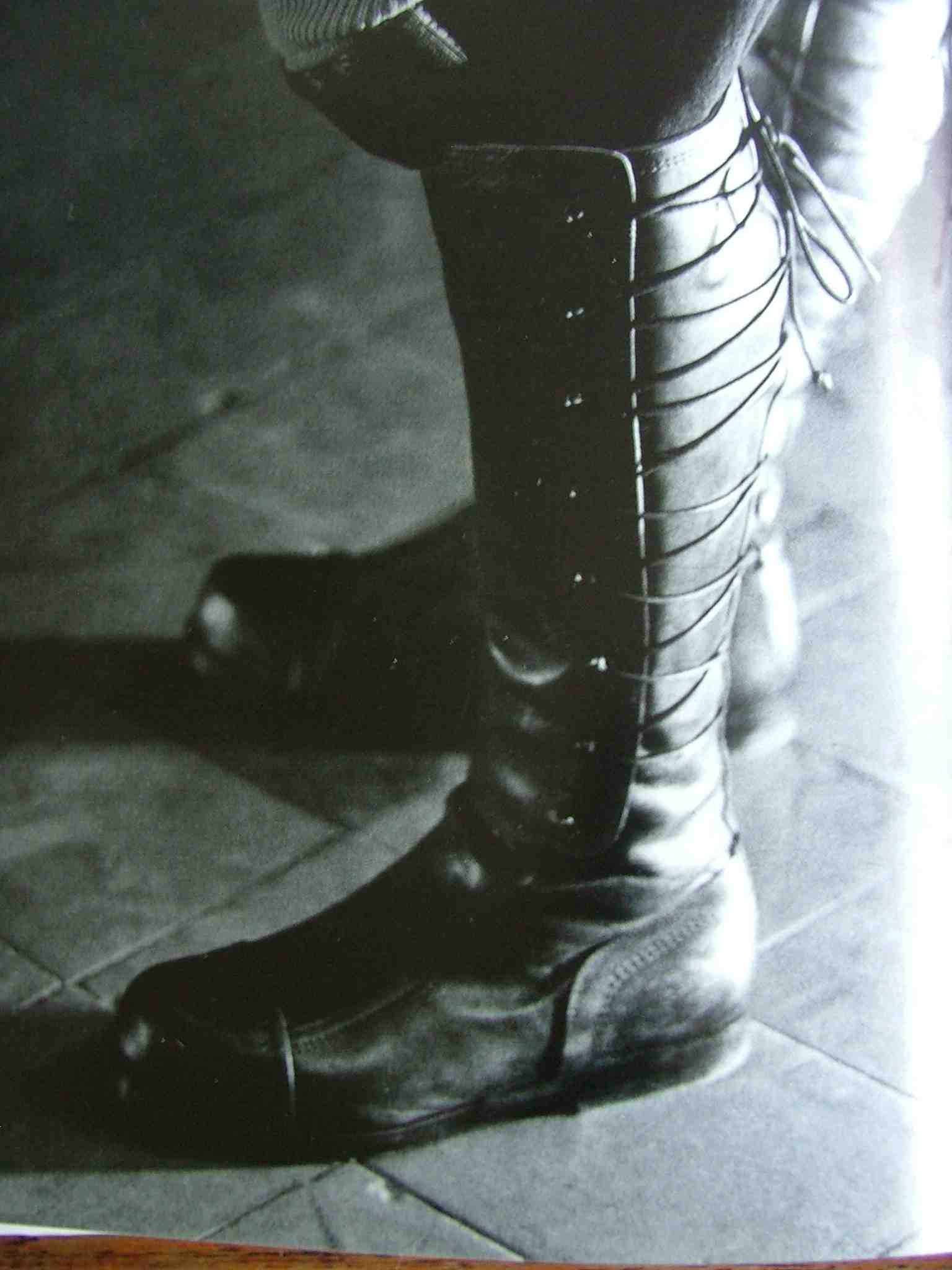 Happy Tuesday (or Wednesday as the case may be!)

FASHION: The Ultimate Book of Costume and Style. Dorling Kindersly

Ancient Costumes of Great Britain and Ireland. From the Druids to the tudors. By Charles Hamilton Smith.